Another nightmare before Christmas 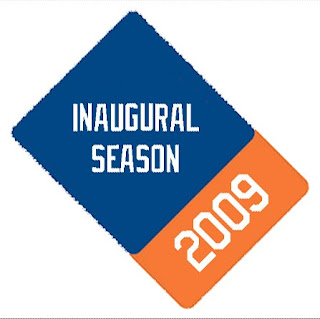 The Mets did a nice job with last year's final season at Shea patch, and promptly used it to adorn anything and everything coming out of Queens last season.
But that won't be the case this year if this is the official Citi Field inaugural season patch.
To be fair, the team hasn't released anything, so we don't know for sure. But the folks at the Chris Creamer boards posted this screen shot from the MLB 09 video game, which shockingly in a good indicator if recent history holds true.
Then, Eric from StadiumPage.com worked up this design based on the screen capture. 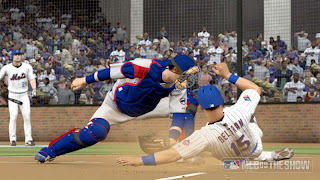 Paul Lukas from uniwatchblog.com has seen the design, and said he can't reveal what he knows. But he posted the screen capture on his stite, and didn't say it was wrong, either. He has been saying for a while that the patch design is not, well, good.

Part of the problem is that the Citi Field Logo includes the Citi Bank wordmark, and such things are prohibited from appearing on uniforms. But given all the neat design elements of the new stadium -- the routunda, the bridges, the lack of Scott Schoenweis -- you'd think there would be something nice there to design a patch around without what we see here.

I look at this as good news actually. The rule about logos means there won't be any Citi logos on the Mets unis. And as lame as that patch is, it's better than a bank logo.

You are so right, Mike. Better this than what boils down to putting ads on the jerseys! But I still think there must have been something they could do for this!