Mickey & Me, Part 1: Two Hall-of-Famers and an Original Met 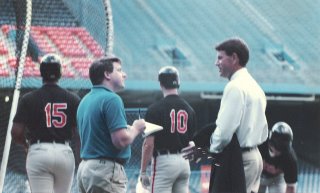 Jim Palmer humoring me by allowing himself to be subjected to an interview at Tiger Stadium.


I haven't booed a baseball player since 1990. Well, that's not entirely true. I reserve the right to boo Chipper Jones and each and every member of the New York Yankees. It's just the right thing to do.

But everyone else has gone un-booed ever since I spent a weekend in Rochester, N.Y. with ex-Met Mickey Weston and got a glimpse into what life is like for the guys working to make the roster year after year.

I actually started this story in the middle in October. Hey, it worked for George Lucas, and unlike George, I won't subject you to Jar Jar Binks and pod races. You can find it here.

I convinced my editors at the Flint Journal to allow me to tell the story of Weston, a pitcher from Fenton, Mich. Mickey toiled in the minors for years -– mostly in the Mets system -- before getting a shot with the Baltimore Orioles in 1989. He earned a save in his first game and a win in his second, and then hurt his arm. 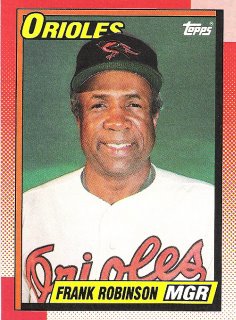 I caught up with him again toward the end of the 1990 season in Triple-A Rochester. My assignment was to tell readers what it was to be tantalizingly close to a dream only to have it taken away.

From that point on, I kind of became Weston’s personal biographer, following his career through stops in Toronto, Philadelphia and back to the Mets. He became the a kind of poster boy for replacement players in 1995, getting his photo on the cover of USA Today after being named the Tigers’ Opening Day starter. He returned to the Mets system as a minor-league coach before taking a full-time job in a Christian organization that works with missionaries.

A devout Christian, Weston spent every off-season giving baseball clinics and spreading the Gospel, intent on being a role model on and off the field.

He's also about as friendly a person you'll ever meet, and was very patient with a star-struck young reporter.

Before heading to Rochester, I tried to be as prepared as possible, interviewing people in and around the Lake Fenton High, where Weston holds the school record with a 0.034 ERA.

Then I saw that the Orioles were going to be in town playing the Tigers for a series. Score! Naturally I was obligated to head to Tiger Stadium and talk to the manager and coaches about Weston. Background for the story, you understand.

The manager that year was Hall-of-Famer Frank Robinson and the pitching coach was Al Jackson, an original Met and one of the better young players of that statistically sorry bunch.

The visitor’s clubhouse in Tiger Stadium is just off the main concourse. I picked up my credentials and walked in, heart racing. This was my first time in a clubhouse to interview anybody. Someone pointed out that Jackson was in little locker area inside the visiting manager’s office. I walked in and was immediately embarrassed – he was changing into his uniform.

“No, come in, come in,” he said, greeting me with a big smile and a warm handshake.

Sportswriters get used to interviewing people in various states of undress. But I normally covered schools and this was just awkward. But Jackson was very gracious, answering all my questions about Weston, his injury and what he needed to work on to do better when he got another shot at the majors.

I told Jackson that I also wanted to throw a couple questions at Frank Robinson, if that would be OK. He said the skipper was already on the field, and I could probably find him near the batting cage.

I remember stepping out onto the field, stopping on the gravel and taking in the scene. Sure enough, there was Robinson leaning on the batting cage as Sam Horn was knocking the crap out of the ball.

Robinson is universally respected as a player and legendary for being on the grumpy side. I was completely intimidated. I got his attention, and he slowly looked over at me, clearly not one of the Orioles beat writers or anyone else he knew.

I told him that I was working on a story about Weston, and that he was a local guy.

“You’re in the wrong place,” he grumbled. I was panicking now, not understanding what he meant. My mind was racing with images of security goons hauling me off the field.

“Talk to the people in Rochester.”

I explained that I realized Weston was pitching in Rochester, but that he had been up with the Orioles for a spell and wanted to know what Robinson thought about him.

“Go talk to the people in Rochester,” he said, turning his head back toward the activity in the cage.

That would be it for Frank. I was walking back toward the stands when I saw Jim Palmer, the former Orioles pitcher who was working as an announcer. I thought, “What the heck, it can’t go worse than it did with Robinson.”

I waited for Palmer to finish his conversation, introduced myself and told him what I was doing. He seemed happy to talk about Weston, telling me about his strengths as a pitcher and how because he’s a soft-tosser teams don’t have a lot of patience. 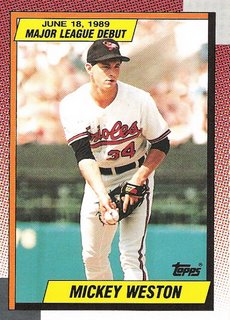 As this was happening, my brother – visiting for a couple days – was snapping photos. One proudly hung above my desk for years.

Later, about halfway through my weekend in Rochester, I mentioned to Weston that Palmer had nice things to say about him.

“You guys talked to Jim Palmer – about me?” He asked.

There will much more to come.

We know that Gary Sheffield, Derek Jeter and their cronies woke up to find coal under their Christmas trees this year. But what did members of our beloved Mets find? A great new Mets blog, Miracle Mets, has all the answers!

I am somewhat confused with this. But if I keep reading up, by and by I will understand better. Having not been a huge Mets fan, I am sure, has a lot to do with that. Sorry guys, please don't pounce on me. I enjoy reading Daves blog. I find it good read. I guess Frank Robinsons got somewhat a chip on his shoulders about Weston, huh?

Frank Robinson is apparently kind of grumbly toward everyone. Mickey cringed because he's a humble and quiet guy, and we were running around asking Hall-of-Famers their opinion of him. A little over enthusiastic on my part.

Eh, Got ya. I kinda figured maybe that was the case. Some guys are just too good for anyone. Even for the Lord, heh.

I took that picture of you and Jim Palmer